Scientia vincere tenebras: The man behind the robot orchestra

I've been a great fan of God's since I first attended my first performance at the Logos Foundation in Ghent in 2015. He's a unique character and I hope you will come to know him better during this interview, in all his aspects from artist to intellectual, provocateur, organiser and performer. Godfried-Willem Raes is known worldwide as a music maker in the broadest sense of the word: as a concert organiser he's been responsible from 1973 until 1988 for the new-music concert programming of the Philharmonic Society at the Palais des Beaux Arts in Brussels, in addition to which he also organized and still organizes all the concerts which take place at the Logos Foundation in Ghent, in total about 150 international new music concerts a year.
Godfried believes in sharing: his website is rich in information on the Foundation, past performances, the robot orchestra's tech specs, scores, audio and MIDI files... there's so much you can get lost in there, but keep digging, you'll end up reading something mind-blowing that took place ten or twenty years ago and you'll think: why didn't I know about this before? Quite remarkable, give it a shot.

As a composer/performer and instrumentmaker he is the founder of the Logos- Group (1968), out of which grew the Logos Duo, with Moniek Darge as well as the well known experimental Logos Robot orchestra , operating with his 76 spectacular musical robots.

Godfried-Willem Raes studied musicology and philosophy at the Ghent State University as well as piano, clarinet, percussion and composition at the Royal Conservatory of Music of Gent. In 1988 he became a professor of music composition at the Ghent Royal Conservatory. In 1997 he also became a professor at the Orpheus Higher Institute for Music, a commitment he held until to 2009. In 1990 he designed and constructed a tetrahedron-shaped concert-hall for the Logos Foundation in Ghent, a project for which it received the Tech-Art prize 1990.

Next to his reputation as a composer, he is also a well known expert in computer technology, robotics and interactive electronic art. He holds a doctors degree from Ghent State University on the basis of his dissertation on the technology of virtual instruments of his design and invention. He is the author of an extensive real time algorithmic music composition programming language: "GMT" running on the Wintel platform.

He is currently the president of the Logos Foundation and general director of the Logos Robot orchestra as well as Associate Researcher at the Orpheus Research Centre in Music (OrCIM). 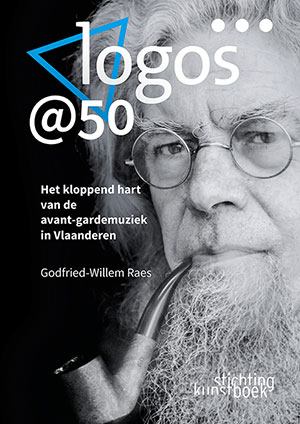 The Foundation celebrates 50 years of activity this year, 2018! Godfried wrote an extensive book on the Foundation's history... but I'm afraid it's only for Dutch speaking readers.


Check out the website of the Logos Foundation for much information and multimedia goodies in English: http://logosfoundation.org