with Victor Lazzarini and Damián Keller

Ubiquitous Music is a new area of research that encompasses ubiquitous computing, mobile and networked music, eco-composition and cooperative composition. Victor Lazzarini and Damián Keller are two of the fathers of this new movement, which has not only artistic and technological applications, but social implications, and educational ambitions.

This is the only interview in Technoculture with two guests. And it was indeed special! Victor was sitting with me - or I shall say I was sitting with him - in his office at Maynooth University in Ireland, and Damián was connected over Skype from the middle of the Amazon! Two worlds coming together.

I hope you will enjoy the high social content of UbiMus, which is a lot about technology, but even more about people.

Victor Lazzarini was awarded a BMus in Composition at the Universidade Estadual de Campinas (UNICAMP) in Brazil. He completed his doctorate at the University of Nottingham, UK. His interests include musical signal processing and sound synthesis; computer music languages; electroacoustic and instrumental composition. He currently leads the Sound and Digital Music Research Group at the NUIM, and he is active as a composer of computer and instrumental music.
More about Victor: https://www.maynoothuniversity.ie/people/victor-lazzarini 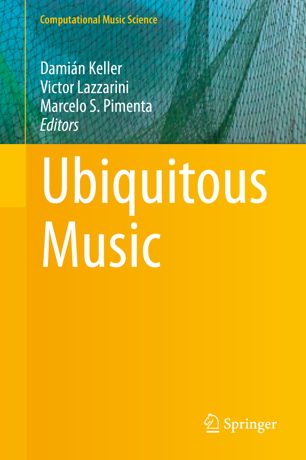 Damián Keller teaches music and computing at the Federal University of Acre (UFAC), Brazil. Member and co-founder of the Ubiquitous Music Group (g-ubimus), his research focuses on everyday creativity, software design and ecocomposition within the context of ubiquitous music making. His work at the Amazon Center for Music Research - NAP (2003) has been acknowledged by the CNPq with a research productivity grant (2008-2012). He received his training at Stanford University and Simon Fraser University.
More about Damián: https://ccrma.stanford.edu/~dkeller/

Pictures and information on Palafito, the installation mentioned by Damián: http://capassokellertinajero.squarespace.com/portfolio#/palafitos

Go to interactive wordcloud (you can choose the number of words and see how many times they occur).

Sorry, no transcript available for this episode.